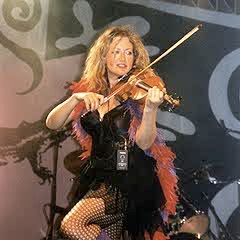 Alison was inspired to write her large-scale spectacular WILDFIRE! after performing in Australia and America and realising how crucial Scottish and Irish ancestry is to the ‘New World’ population. She lived in Spain for three years to write the music and book for WILDFIRE! and returned to the Scottish Borders, where she grew up, to record the music. WILDFIRE! premiered at Homecoming Scotland in 2009, supported by the Scottish Arts Council.

Alison was short listed as Composer-in- Residence for BBC Radio Play Bursary Award 2007, when she also founded her own performing arts company Shapeshifter Productions Ltd, gaining charitable status in 2011, which has since received many funding awards including Arts Council England, Creative Scotland, Comic Relief and Andrew Lloyd Webber Foundation. Their work includes creating the popular National Lottery finalist participatory singing project for the elderly called “The Smiling Sessions” and “Strung Out” violin group for adults, which was awarded grants from The BBC Performing Arts Community Fund and Arts Council England in support of a new commission called “Express Symphony”, composed by Alison, which was performed at six festivals across East London in the summer of 2013. She has also written complex arrangements for Walthamstow Acoustic Massive since 2012.

After building capacity and sustainable projects for the charity, Alison’s aims for  2018 onwards are to re-visit her artistic career as musician and composer. Resonance is a concert performance of original work, composed by Alison, launched as a pilot tour in the South West in June 2018. The band, The Well Oiled Sisters, are performing 4 concerts in July 218 to celebrate 20 years on at Rhythm Tree Festival, Isle of Wight; 100 Club, London; Trades Club, Hebden Bridge and WOMAD UK.

Alison also has a wealth of experience in arts management and producing. She was nominated “Citizen of the Year” in Love Your Borough, Waltham Forest, 2014T; the charity was voted one of the top 100 organisations in the borough in 2016; as part of Waltham Forest’s bid to become the first London Borough of Culture,  has been nominated Cultural Star of Waltham Forest. Alison is also a Fellow of the RSA.

"I am happy to express a very high opinion of the artistic quality and cultural integrity of the work being done by Alison Jones and Shapeshifter productions. This is work which blends live performance in the fields of dance, theatre and music with cutting edge audio visual media, exploring cultural elements frequently derived from myth and folk memory, bringing these valuable insights to a wide public through high quality, popularising performance. The social and educational value of this work is enormous. The future development of Shapeshifter’s work will enable a deepening of this cultural cross-referencing, and further refinement of the integration of physical performance skills and disparate musical styles, including ancient music, contemporary folk, and jazz." John Kenny, Professor of Trombone at Guildlhall School of Music & Drama

"Having witnessed the company's first production in St Andrews, I can vouch that the creative output is not only a result of high production values, musicianship, and theatricality, but also through anintegrated approach to story telling and cross cultural beliefs.....The value of Shapeshifter Productions and this event is proven not only by the calibre of artists it employs but also by the wide and diverse audiences that it attracts." Chris Wheeler, Artistic Director, Heritage Orchestra